Skip to content
Another day on the island of Atauro saw the group split up and do various activities….the younger and more fitter of those (on both counts I didn’t qualify!)  went for a day’s trek.

Gracie and I went walking….

…and met up with a lot of the islanders.  They always greeted us with a beaming smile and often with the words bondia or botardi (good morning/good afternoon) and those with a knowledge of English would love to stop and talk – any opportunity to practice their english.

These young people explained to us how they so desperately wanted to further their education so that they could get a job and create a better life for themselves.   Heart went out to them….they are such lovely kids. 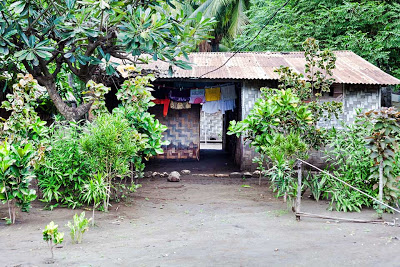 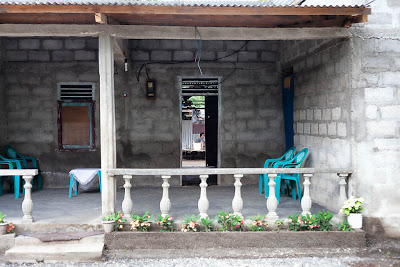 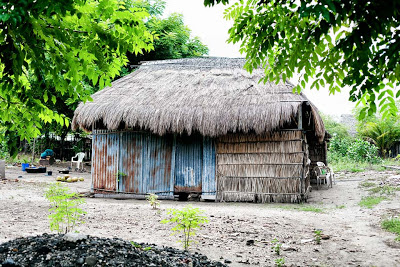 …punctuated by the odd building which stood out because of its brightly painted exterior (in this case, it was a church).

The local school …where teaching is done on a volunteer basis as in many places, the government often cannot afford to pay a teachers wage.

….the local toilet block (yep, even took a photo of this!)

Then the water well, where various articles of washed clothing were laying out to dry.

So here is an investment opportunity for anyone who wants to run a hotel….brand new, never been used! 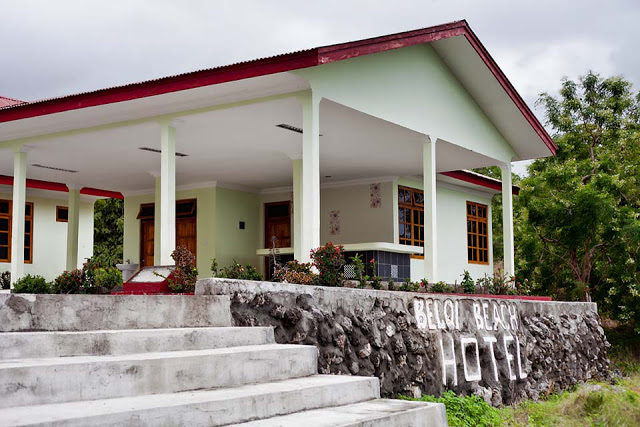 and we met the people…. 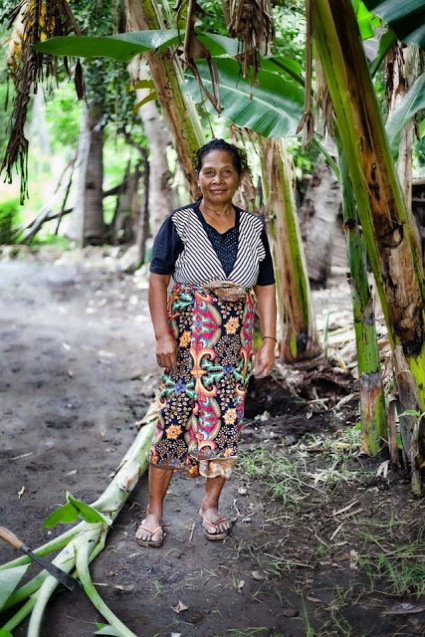 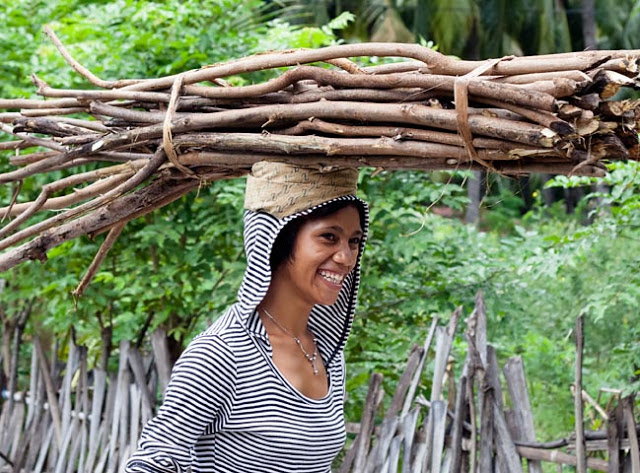 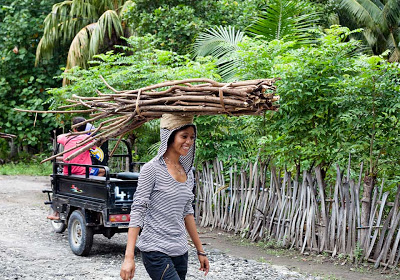 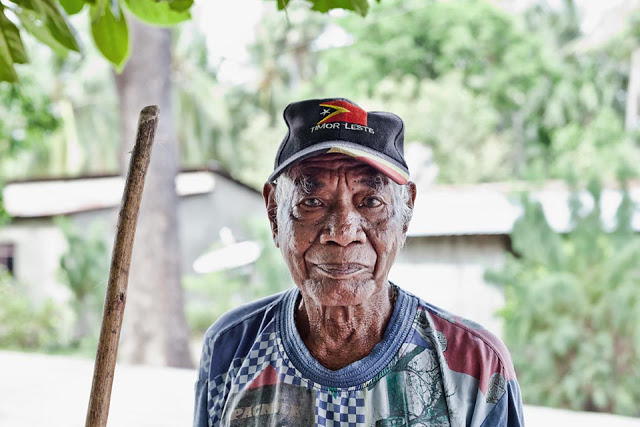 This is the main road…

The state of much of the main road – made it easier (and quicker) for me to hire a bike in the afternoon.  Had to watch those potholes though…. 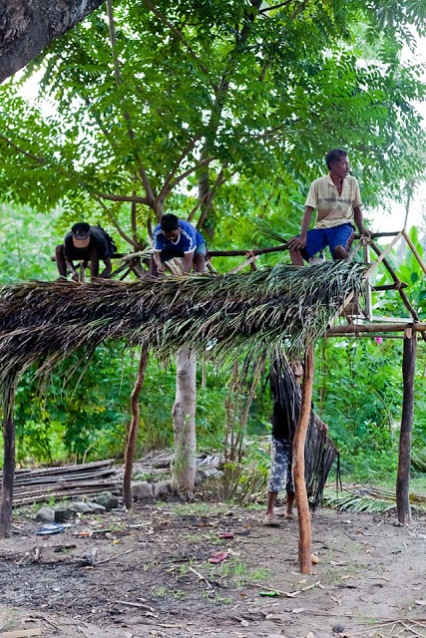 At the end of the day when we had regrouped, a visit to the local hospital was in order.
A whole new hospital wing had been built but was not yet open. 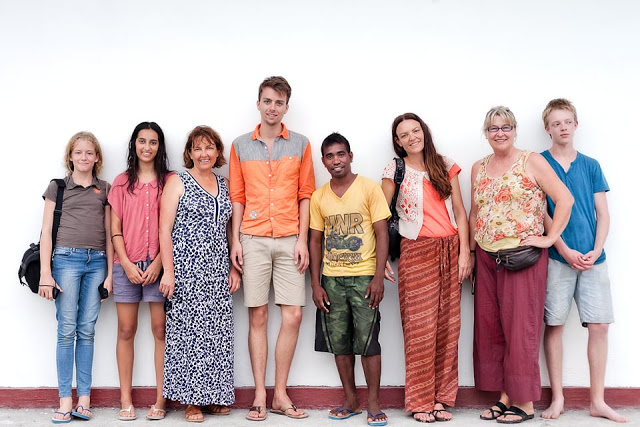 The real eye opener came when we visited the existing facility… 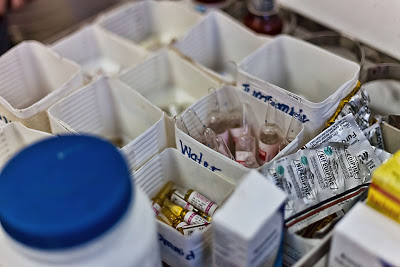 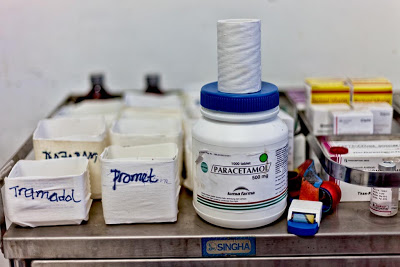 Back at the Barrys Place, Griffin was enjoying spending time with his new found friend (Barry’s son)

and then it was time to head back to Dili the following morning. 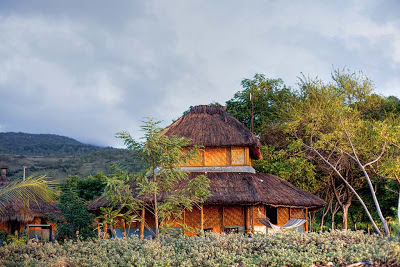 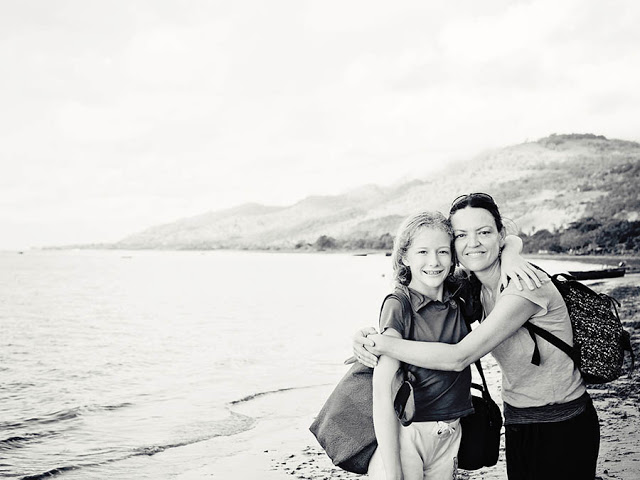 Wanting to avoid another 3 hour ferry trip, it was a unanimous decision that we would all happily fork out the extra money to take a water taxi instead! 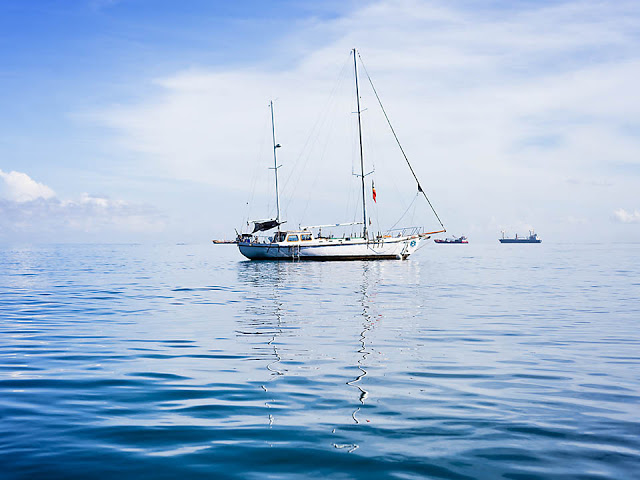